For those of you who haven’t read the blog archives I’m going to ask that when you have a moment you go to this entry http://garandgal.blogspot.com/2012/02/ruminations.html and at least read the entries I’ve linked to in that post.

It’s not really important that you do, but earlier I sent someone the link to my story and I thought y’all might want to read it too.

Posted by Garand Gal at 8:33 PM No comments:

Last night Caveman brought in some boxes that he’d had stored in the shed out back for a couple of years. I got up this morning to be greeted by a creepy crawly waving at me from the top of one of the boxes. For those of you who live in the South you won’t need to ask, for those of you who are yankees, I mean the roaches that are a rampant fact of Southern living. After I about blistered his ear off he went to the store to get traps and bait and spray and the kids and I have bee scrubbing the high holy heck out of the kitchen and the rest of the house. To keep our spirits up we’ve been listening to music on youtube. So far this is our favorite:

Who can resist Little Richard?

I’m off to go scrub something again. *shudder* We’ve only seen the one that I saw this morning, but I’m going to be on high alert for a long time. They are not going to invade MY house! I might have to get the .22 out and go clear out the shed!

I finally got my old camera working again and I’m relearning how to use it. 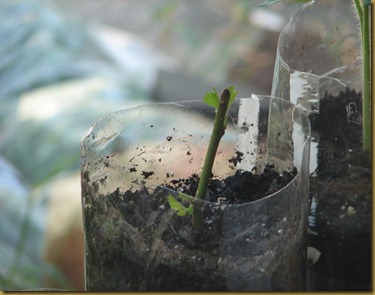 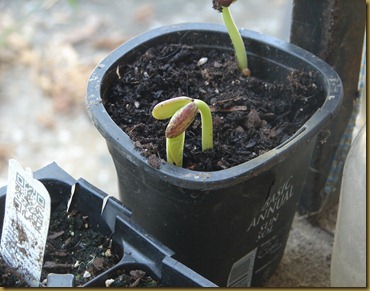 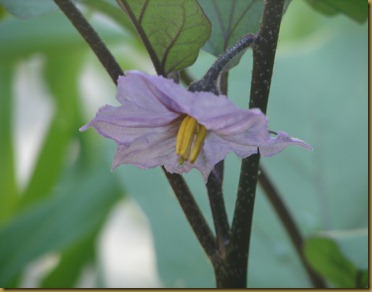 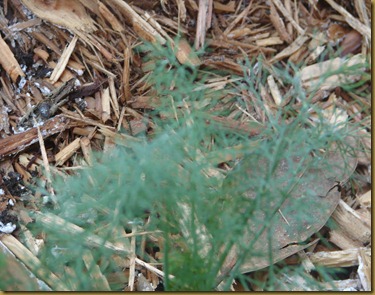 Not all of them went as planned, my fernleaf dill is blurry 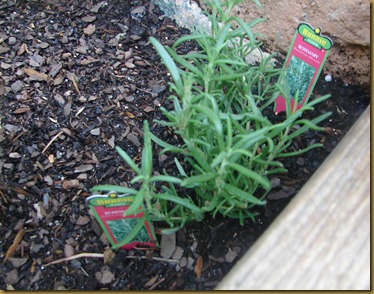 So is my rosemary 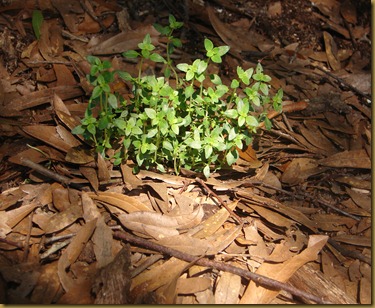 Lemon Thyme planted under my oak tree, for Steve 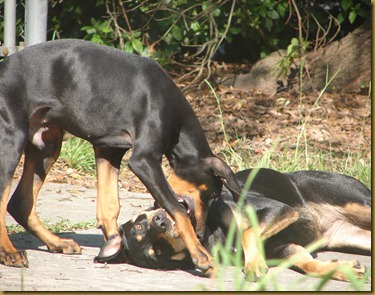 My favorite. Hag and Roxy doing what they do best

I need to find the memory stick, having to stop and dump the internal memory gets in the way.

I made a new bean patch today. Whoopee, right? For me it is lol I am using the kids old swing set, sans play equipment, to support the trellis for the pole beans. Well, half of it, the other half holds the gambrel when we have game to process. I bet the beans will enjoy that. I’m just excited that I get to have pole beans again! Yay! *Ahem* In previous years I have had to grow them wherever I could squeeze one in, except for one glorious year when I had the garden in the back. Unfortunately the gigantic hydrangeas (the ones Miss E got a start from) sensed the fine loose soil and amendments and took over during the winter. Until Cave gets those shrubs out I won’t be growing back there again. His “but it’s green, and it’s growing, and it wants to be there!” mentality has insured that they’ve achieved monstrous proportions. I’m bribing him this year with grape vines, which need a long trellis, and the only place we have to put one up is where the hydrangeas are, so those bushes are finally going to die next week. He does love his grapes. *blech*

Anyway, I planted Blue Lake White Seeded pole beans. I wanted Kentucky Wonder (my grandpa was from Kentucky and that’s all he ever grew) and Trionfo Violetto but they don’t seem to carry Kentucky Wonder around here and I misplaced my Trionfo Violetto seeds. I found a couple of packets of purple podded beans at the store but they were bush hybrids and I’m trying to cut back on my hybrid dependency. We’ll make do with striped and yellow beans for eye candy this year.

I am going to miss my hybrids. Besides surviving the wilts and blights and infestations inherent in my area, the ones I grow were chosen for my kids with an eye on giving them something pretty to look at while they waited for their harvest. When I was growing up vegetable gardening was regarded as a chore by my mother, and that’s how it was taught to me. I enjoy gardening but it got boring watching these plain old plants hang out until they actually did something and being bored made hot and hard work seem that much more difficult. I don’t want my kids to be bored or think of gardening as something to avoid so when I started them gardening we picked out not only things we like to eat but plants that look pretty. I also steered them toward hybrids to help avoid the disappointment of a failed crop. Ichiban eggplant has sturdy purple stems and lovely violet flowers set against emerald green leaves, Trionfo Violetto beans also have purple stems and violet flowers, and they grow fast enough that you can almost swear they’re bigger every time you look. Rumbo Squash has big leaves with silver splotches, grows fast enough to outgrow the borers and makes a gorgeous medium sized squash that looks like Cinderella should be along any second. It’s good in pies and it keeps well on my back porch. I’m replacing it with Seminole Pumpkin, not much to look at but it’s highly recommended as a selection to combat the swarms of squash vine borers we have here, and I hear it’s tasty too. I’ve held on to Ichiban but this fall I’m trialing seeds from a man in GA who has been breeding it as an OP. I hope it compares or I’ll have to stockpile the seed. Fortunately for me Trionfo Violetto comes true from saved seed so I don’t have to worry about replacing that, once I find it again.

So tell me, what eye candy veggies do you enjoy?

Mothers are the best thing in the world for a child…

Except when they aren’t.

Little Lotta Joy is sharing her story. It’s ugly, but if she can handle telling it then I can handle reading it. 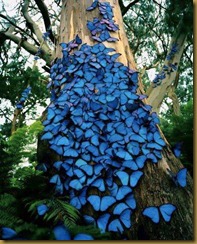 You’ll find her behind the butterflies.